FOR PETS WHO WANT TO FEEL GOOD

FOR PETS WHO
WANT TO FEEL GOOD

Christmas can be a truly wonderful and magical time of year. However, to our pets it can be full of potential threats, toxins and unwanted visitors! Have a read of our list of potential dangers to avoid in order to make Christmas safe for our furry 4-legged family members.

Christmas is definitely a time of over-indulgence. Unfortunately, a lot of our Christmas faves are our dog’s Christmas foes.

Chocolate contains theobromine which is toxic to dogs in a dose-dependent way. This means the darker the chocolate, or the smaller the dog, the more dangerous it is. Signs include vomiting, diarrhoea, hyperactivity, seizures, a fast heart rate and even death. Avoid leaving chocolate lying around or on the tree to remove temptation.

Xylitol is an artificial sweetener commonly used in sweets, chewing gum, mouthwash and toothpaste. When ingested by a dog it causes a release of insulin followed by a rapid drop in blood glucose levels. This can present as vomiting, lethargy, seizures and coma.

Anything containing dried fruit such as grapes, raisins and sultanas poses a risk to our pets. Ingestion of even a small amount may result in acute kidney failure.

Cooked bones have the potential to splinter and cause trauma to your dog’s digestive system when swallowed. Make sure all bones are disposed of carefully and kept well away from those counter-surfers!

Onions are toxic to dogs, causing damage to their red blood cells, resulting in anaemia. Bear this in mind when considering offering your dog the leftovers covered in onion gravy.

Some nuts, such as the macademia nut, are toxic to dogs when ingested. Macademia nuts can cause weakness, tremors and vomiting, as well as a dangerous increase in body temperature. Even if the nut itself is not toxic, remember it may pose a choking hazard and will also be high in salt and fat, a trigger for pancreatitis. Consider this when placing nuts out for the birds; make sure it is only accessible for the winged wildlife and not the resident opportunistic dog! Peanut butter can be a potential tasty treat for your dog, but remember it must be xylitol-free.

Mouldy food can be incredibly dangerous for your dog, resulting in a condition known as mycotoxicosis when ingested. Dogs that have eaten mouldy food are often twitchy, salivating, and wobbly, leading to seizures and sometimes death. Make sure your food waste is disposed of safely.

Generally, cheese in moderation can be a great treat or training aid. However, never give your dog blue cheese, such as stilton. Dogs are sensitive to roquefortine C, a substance made by the fungus used to make blue cheese. Ingestion results in vomiting, diarrhoea and seizures.

The majority of us like a little tipple at Christmas, whether it is good for us or not! The same goes for our dogs, they often will have a sneaky slurp when our back is turned. However, dogs are much more sensitive to the effects of alcohol, resulting in drowsiness, wobbliness, low body temperature, low blood sugar and possibly coma. Make sure you remove all opportunity and keep your drinks well out of reach. Of course alcohol ingestion (ours!) also makes all the other potential threats to our dog increase as we often will let our guard down and maybe forget to move that leftover mince pie or fail to spot a potentially dangerous situation before it occurs.

We often bring seasonal plants into our homes at this time of year. Holly and mistletoe berries, when ingested, can result in upset stomachs in our canine counterparts. Ivy also has the potential to cause an upset stomach, along with the risk of contact dermatitis. Poinsetta can irritate the mouth and stomach and cause vomiting if ingested and of course we cannot go without mentioning the Christmas tree! It too will cause an upset stomach if ingested however there is also the risk of its pointy sharp needles working their way into a paw.

Make sure these plants are out of reach if your dog is showing any signs of wanting to have a nibble, plus regularly check your dog’s coat and paws for any debris that has become lodged there. Remember to water your tree regularly and vacuum dropped needles as often as you can. While not strictly a festive risk, lilies also deserve a mention. They can cause vomiting, diarrhoea and drooling and are of course very toxic to cats, causing kidney failure.

We often bring lots of novel, shiny, attractive items into our house at Christmas, the temptation for some dogs may be too much. If tinsel or ribbon are ingested they can result in a dangerous linear foreign body. This is where something long gets eaten and then stuck, bunching up the intestines and requiring life-saving surgery. Fairy lights also pose a foreign body risk with a side-order of electrocution! Make sure all loose wires are hidden away and use lights that have an automatic shut-off when damaged. Glass baubles are a shatter risk and therefore pose a threat if eaten or walked on. Salt-dough ornaments result in a potentially fatal salt toxicosis if ingested. Always try and choose pet-friendly decorations or ensure they are well out of reach.

Toys and their batteries

Dogs are natural scavengers and often explore new things by putting them in their mouth. Always monitor your dog during gift opening and remove anything that you think might be tempting to them. There are often more batteries in the house at Christmas time, ready to put in all those flashy new toys! Batteries can cause chemical burns and heavy metal poisoning when swallowed so always ensure they are out of your dog’s reach. Also, always remember to dispose of those silica gel packages. While usually non-toxic, they can still cause a potentially serious intestinal blockage if ingested.

We all like Christmas to smell like Christmas, however some of these scents and oils used can be toxic to your dog. Always check that you are using pet-friendly fragrances and ingredients, along with ensuring they are out of reach so as not to pose an ingestion risk or fire hazard.

Christmas is a busy, noisy time of year, often with lots of visitors and changes in routine. This can be stressful to a sensitive pet. Try and stick to ‘normal’ as much as possible – walk and feed them at the usual time. Make sure they have a safe space to retreat to and ensure visitors interact with them appropriately, especially if those visiting are children. Make sure your visiting relatives also know what the potential Christmas threats are to your pet so there are no unintended mishaps – get them to read this article perhaps?! 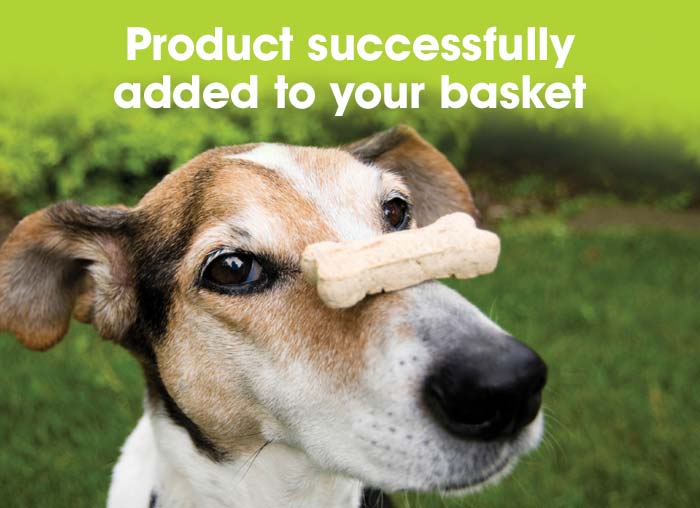